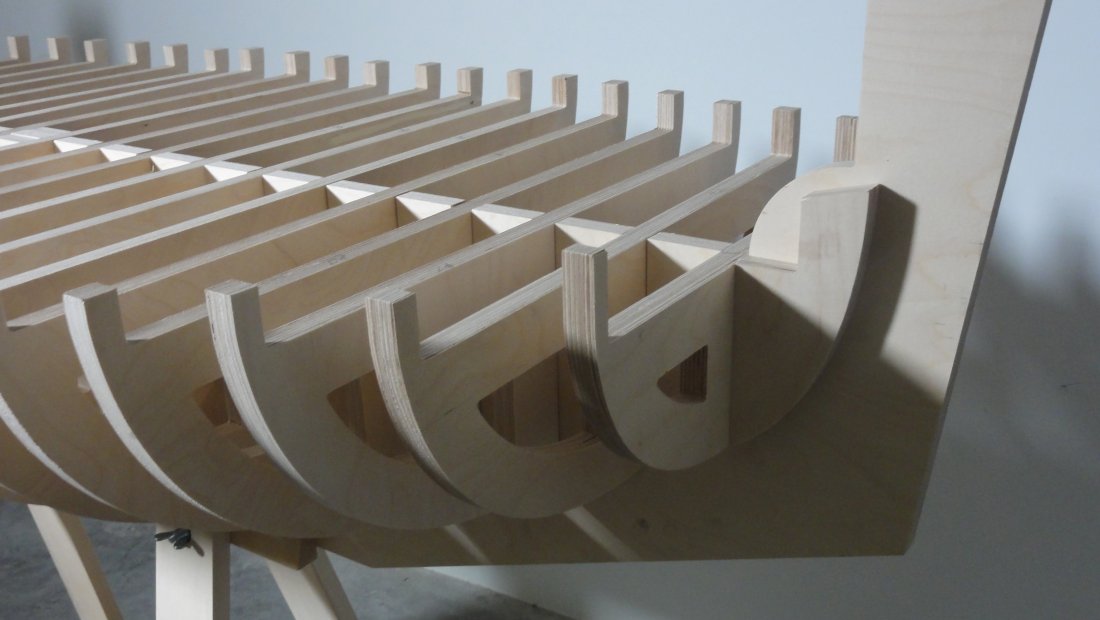 Toronto, ON – opening on Thursday, 29 November 2018 from 6 to 8 p.m.  and continuing through to 2 February, 2019, Susan Hobbs Gallery is pleased to present an exhibition of new works by Ian Carr-Harris.

The story of Theseus and the Minotaur has been told since the times of ancient Greece. Less known than the story is that the ship that carried Theseus to his triumph was preserved by a grateful Athens up until the time of Aristotle. The ship's name was Theoris.

Preserving the wooden ship for hundreds of years was a constant work in progress. English philosopher Thomas Hobbes wondered: if the parts removed from the Theoris during repair were carefully re-assembled beside the ship to ultimately rebuild the ship that had existed before repairs, would you not now have 2 ships, each with a legitimate claim to being the Theoris? This paradox is referred to as the problem of identity.

For this exhibition, Ian Carr-Harris explores the paradox of Theoris and its subsequent questions: what is a physical object? When does it come into existence sufficiently to be named a thing, and when does that designation no longer hold?

The exhibition sets the paradigm:

Given:  a paradox
Given:  a ship named Theoris
Given:  a kit: how many is Theoris?

Ian Carr-Harris was born in Victoria, British Columbia in 1941.  He has shown extensively in Canada, and internationally, including such exhibitions as the 8th Biennale of Sydney, Canadian Biennial of Contemporary Art, Documenta 8, and the XLI Biennale di Venezia.  He has had solo exhibitions at Chelsea School of Art, London; The Power Plant, Toronto; Centre culturel Canadien, Paris; Centre d’art contemporain, Herblay, France; and the Art Gallery of Ontario, Toronto.  His work has been included in exhibitions at Ydessa Hendeles Art Foundation, Toronto; Musée d’art contemporain, Lyon; and Marburg Kunstverein, Marburg, Germany.  His work is held in many public and private collections across North America and Europe.

Susan Hobbs Gallery is open to the public Wednesday to Saturday from 11:00 a.m. to 5:00 p.m. and by appointment.  The gallery is located at 137 Tecumseth Street, Toronto.
For more information about this exhibition or the Susan Hobbs Gallery, please give us a call at (416) 504.3699 or visit www.susanhobbs.com.