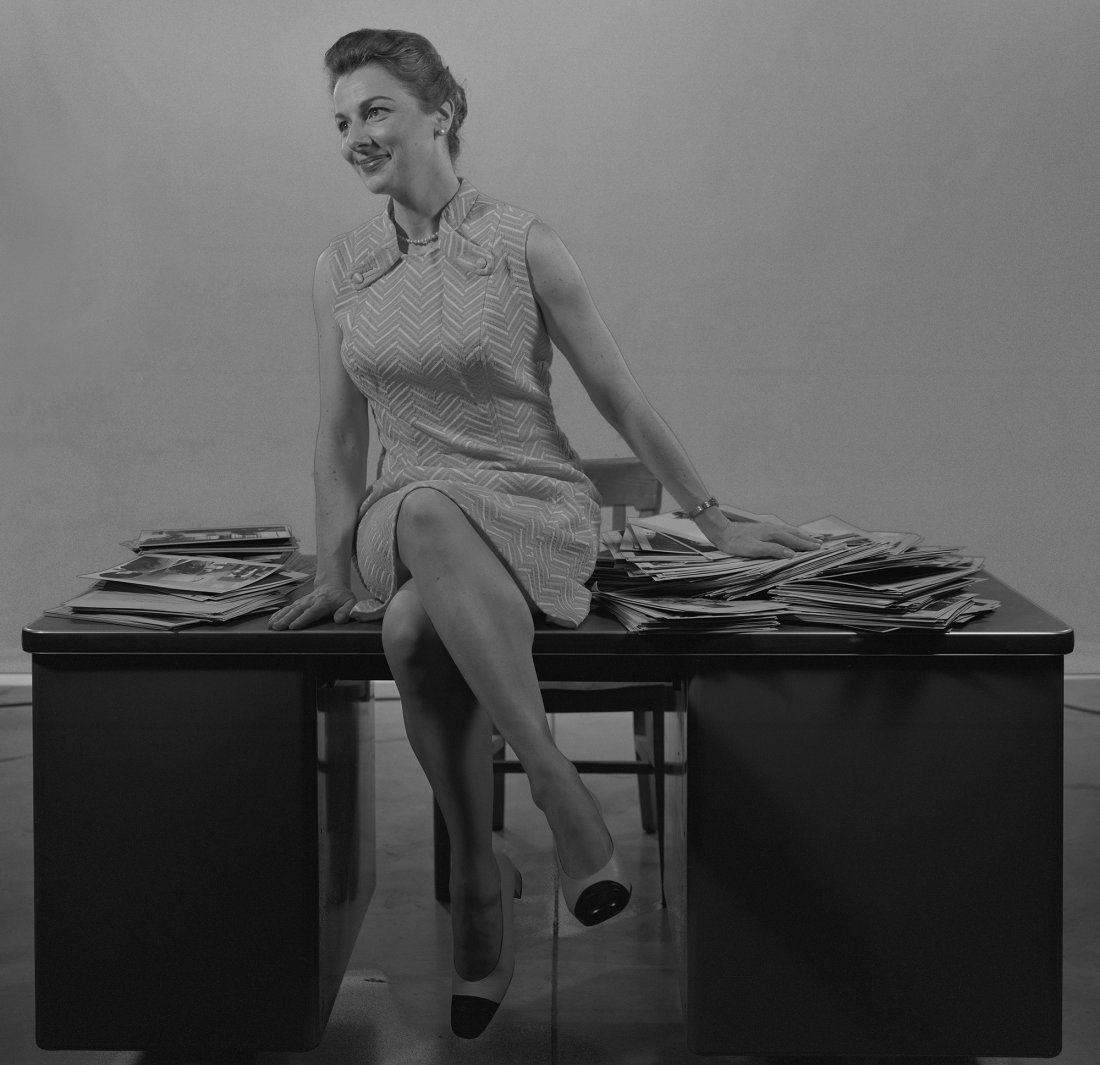 Toronto, ON – opening on Thursday, 8 February from 6 to 8 p.m.  and continuing through to 24 March, the Susan Hobbs Gallery is pleased to present Althea Lorraine, new photographic work by Althea Thauberger.

Lorraine Althea Monk was a photographer, curator, and maker of Canadian national identity. During her tenure as executive producer at the National Film Board’s ‘Still Image Division’, she produced several books of photography (including Call Them Canadians / Ces Visages qui sont en pays, 1967-68) and oversaw the development of The People Tree for Expo67’s Canadian Pavilion. An ambitious social documentary and architectural project, the installation combined a vast selection of images portraying the citizens of Canada during the pivotal post-war period, “in all their racial and ethnic variety.” However, alongside its utopian ambitions, the project reinforced an aggressive and assimilative form of government-sanctioned multiculturalism that maintained a white, middle-class center. So that, in effect, by engaging the concept of mosaic, the images worked hand-in-hand with the state to conceal real practices of discrimination and bias across race, culture, and socio-economic difference.

Working from inside the NFB’s archive of still images, Althea Lorraine presents a series of photographic portraits of Althea Thauberger posed as Lorraine Monk ca. 1967. In a time when most women were excluded from positions of power and expressions of public voice, Monk skillfully exploited photography’s unique capacity to both portray and construct. As such, with images of a woman reimagining herself as a woman who employed images to imagine a nation, Thauberger interrogates Monk as a key figure to expose photography as both an ideological and technical apparatus. A tool capable of conflating layers of time, expression, and cultural forces.

Althea Lorraine extends the artist’s experimental video project L’arbre est dans ses feuilles [The Tree Is in Its Leaves] produced in collaboration with a group of young poets for In Search of Expo 67 at the Musée d'art contemporain de Montréal.

For more information about this exhibition or the Susan Hobbs Gallery, please give us a call at (416) 504.3699 or visit www.susanhobbs.com