The Garden of Muscle Queens 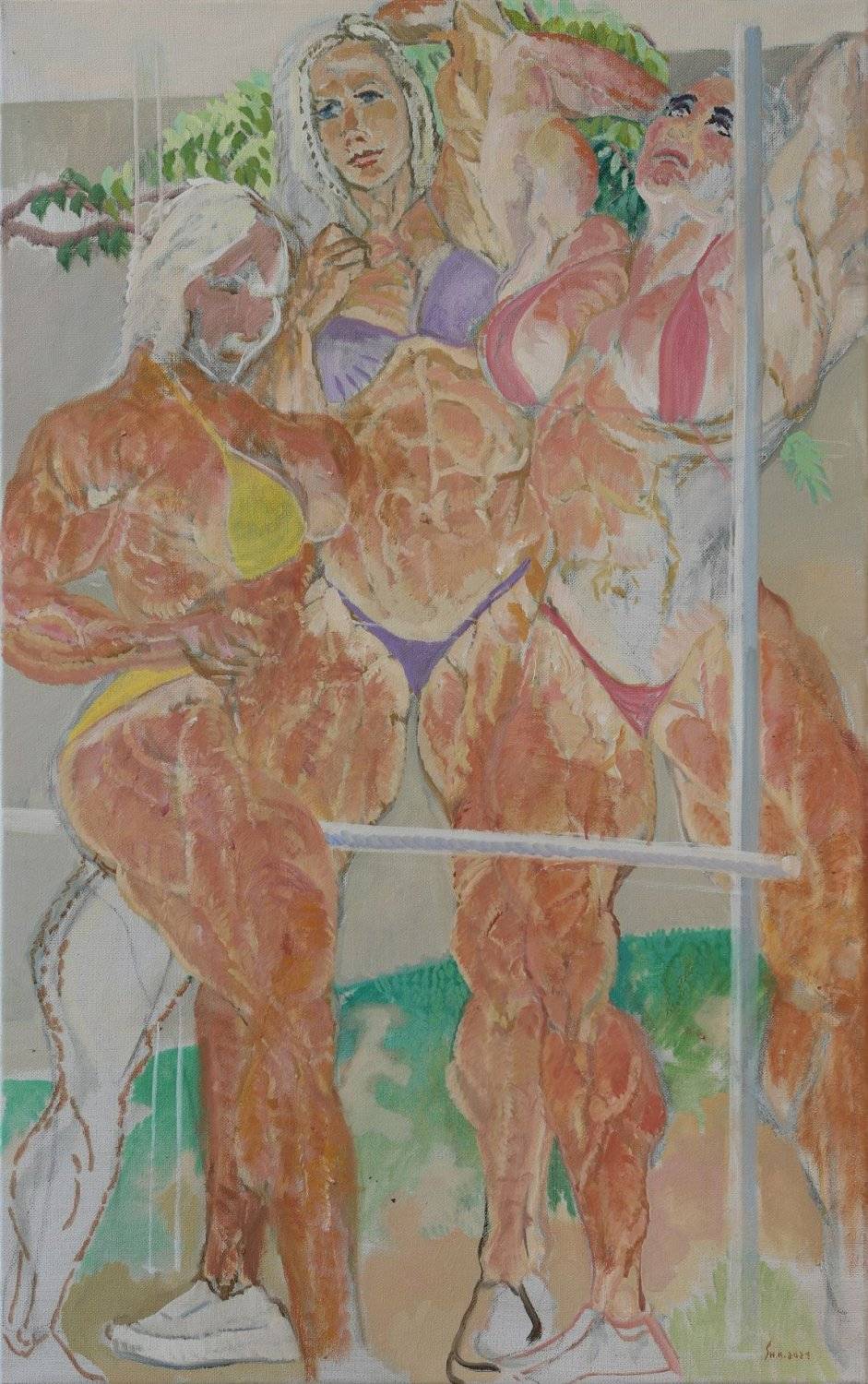 Gallery70 has the pleasure to present the exhibition The Garden of Muscle Queens by the Albanian artist Shpëtim Kërcova. These are new paintings completed during 2021 and presented for the first time to the public. The vernissage in the presence of the artist will take  place on March 10,  2022 between 18:30 and 20:00 at Gallery70 .

“To find yourself you need the greatest possible freedom to drift.”
Francis Bacon

[…] The latest series of oil paintings by  Shpëtim Kërçovës is a continuation in its journey with the figurative painting, as already seen before. But the subject that he has chosen this time is in itself somehow unusual although fully understandable: the feminine figure from the world of bodybuilding which gives live to processes like  observation  and astonishment  ..
[…] The figures of  Kërcovës in this exhibition are simultaneously sensual and sexual, brutal and vulnerable. In some of the paintings they are in groups of two or three, in a placeless garden, a kind of personal paradise , an aerial and terrestrial gym, where they complete their sportive and psychological ritual, motivational and emotional, disconnected   from the reality but not from  their identity.
[…]  they  pose flippantly from the regard of the spectator, with a kind of freedom that is transmittable only through their eyes. It is clear that these female bodybuilders approve the role of the spectator to examine their body as an object. They have chosen this objectification  with their free wish and will. And here we would the moment to recognize the mastery of these paintings : the expression of freedom against the defining, coercive, categorizing and oppressive  restrains. On the other paintings where they pose individually, they stay on their feet, reinforcing their position of  recreated identity, staring at the viewer with a debilitating regard that accepts the physical and sensual challenge, as well as political and biological. With this behavior  they triumph on many levels : not only as artistic compositions but also as individual human beings with a real physical and psychological presence...
Extract from the text of  the curator Genti Gjikola

Other events from Gallery70